Over 200 MSMEs & Startups participate in defence technology expo in Kolkata 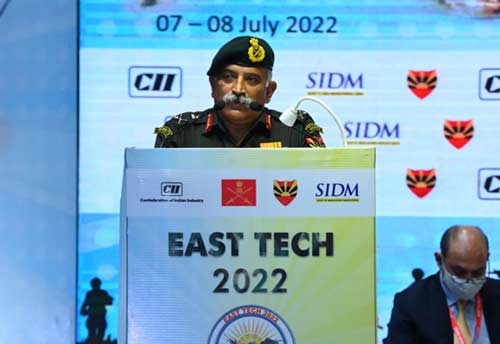 Over 200 MSMEs & Startups participate in defence technology expo in Kolkata

The expo will showcase a plethora of modern defence weapons ranging from assault rifles and pistols to military drones and gunnery simulators to armoured vehicles, tech solutions, vehicles and tactical gears.

The event is being organised in association with Society of Indian Defence Manufactures (SIDM) and Confederation of Indian Industries (CII) to identify cutting-edge technologies needed for solving operational challenges in the Eastern Theatre and the Indian Army as a whole.

Army commander Kalita said, “Generally the procurements are driven by the ministry of defence and there is a centralised defence expo. However, the army commander has special financial power for equipment required for capability enhancement for the fleet working in difficult conditions. We have 120 odd officers at the exhibition to check the products, shortlist those needed and go for procurement process.”

HK Dwivedi, state chief secretary proposed the formation of a defence industrial corridor in the lines of Uttar Pradesh and Tamil Nadu.

Dwivedi said that this is a golden opportunity for west Bengal to bring in investment and create jobs. We are upbeat given the large MSME sector we have and a pool of talented young boys and girls. We would like to have a defence manufacturing corridor in our state,”

“We have the right entrepreneurs, we would allot the land and whatever facilitation is required. Bengal has a locational advantage by the sheer presence of eastern command here. I would request the Eastern Command and the CII to help us in forming a state defence policy focussing on defence manufacturing units in the state, “he added.

The expo has been receiving a positive response from the Indian defence manufacturers who have welcomes this opportunity to showcase their latest and the most advanced weapon & equipment technology.  (KNN Bureau)