Sounding Out the Acoustic Integrated Circuit 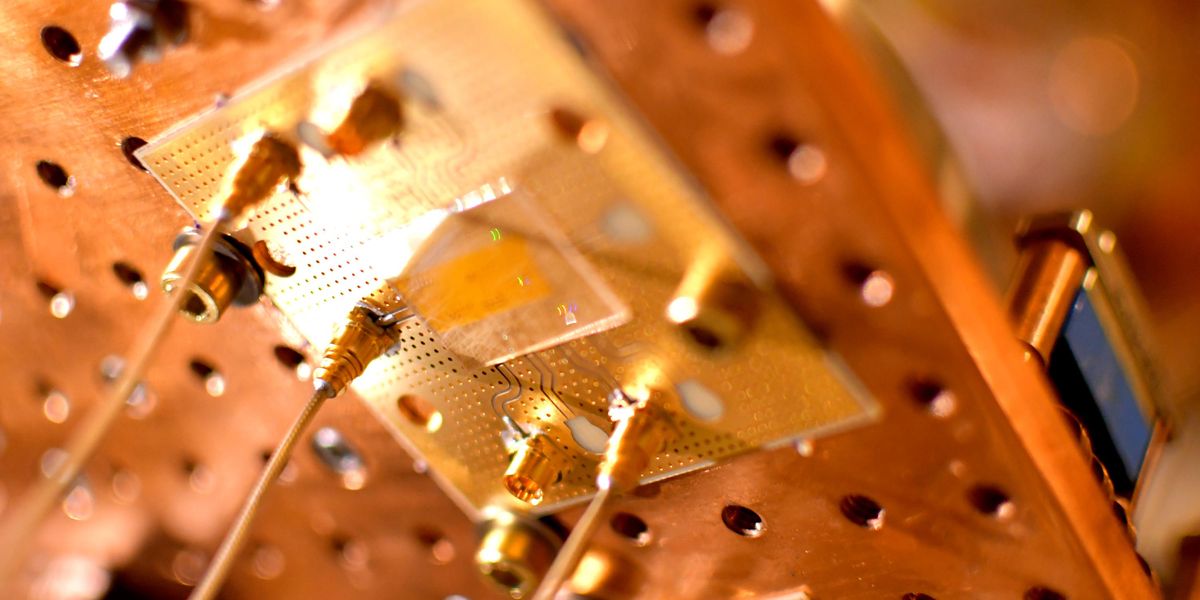 A modern cellphone possesses dozens of acoustic devices based on piezoelectric crystals, which can convert electric signals to sound waves and vice versa. These components are often used to manipulate acoustic waves that ripple on the surfaces of solid materials.

Acoustic waves travel at the speed of sound, making them much slower than electromagnetic signals of the same frequency. However, they also possess much shorter wavelengths. For instance, compared with gigahertz electromagnetic waves, acoustic wavelengths are five orders of magnitude shorter.

The comparably shorter wavelengths of acoustic waves means they are often easy to use in ultracompact devices. Surface acoustic wave (SAW) filters are often used in mobile phones to help extract desirable signals from all the radio waves hitting their antennas.

However, most acoustic devices are passive components. Now scientists have developed a way to control and tune SAWs electrically. This may one day open the door to more complex sound-based devices, such as acoustic integrated circuits.

In a new study, researchers experimented with the piezoelectric material lithium niobate. When they applied an electric field to it, they could vary the lithium niobate’s elasticity—how much it distorted in the face of mechanical pressure—due to a phenomenon known as the electroacoustic effect. In this way, they could manipulate the phase, amplitude, and frequency of gigahertz SAWs rippling across the lithium niobate.

The scientists not only showed they could manipulate acoustic waves at room temperature, but also at millikelvin temperatures a few thousandths of a degree above absolute zero. “Most semiconductor devices cannot work at both temperatures, but our devices work well,” says study lead author Linbo Shao at Virginia Tech in Blacksburg.

These findings suggest this breakthrough might find applications in quantum computing, which often requires extraordinary cold to keep heat from disrupting their workings. Previous research suggested that pulses of acoustic energy known as phonons may help relay information between the components known as quantum bits or qubits on which quantum computers rely.

“We envision a hardware platform of acoustic-wave integrated circuits, which can be potentially used for microwave signal processing and also quantum circuits,” Shao says.

The scientists detailed their findings last month in the journal Nature Electronics.