Warning: unlink(/tmp/jnewslibrary-4Gop5H.tmp): No such file or directory in /home/syyfiiaq/satoripulse.com/wp-admin/includes/class-wp-filesystem-ftpext.php on line 142

Investors divided over how long Big Tech rally will last


Shares of leading US technology companies have rebounded vigorously in recent weeks from their bruising falls in the first half as investors draw on hopes that the sector can weather a global recession.

But as the Federal Reserve indicates that it will maintain its stance of aggressive monetary policy tightening to tackle scorching inflation, some tech analysts caution that the summer tech rally may be shortlived.

Temporary monthly rebounds of 10 per cent or more were “a common sight” during the Nasdaq’s 2000-03 bear market, said Andrew Lapthorne, a quantitative strategist at Société Générale.

Instead, investors should be preparing for big downgrades to earnings both this year and next, he said.

But Jon Guinness, co-manager of the £776mn Fidelity International American fund, said the sell-off in tech stocks in the first half shows that many investors were reducing their positions early in anticipation of a significant slowdown in earnings across the sector.

“The narrative has shifted,” he said. “Investors now expect that inflation will fall and now they are worried about the threat of a recession so more economically sensitive sectors, such as consumer discretionary stocks, are underperforming.”

Fidelity expects global spending on technology to remain healthy even if companies delay or cancel some projects this year.

“There were good reasons for the exuberance which had spread across the sector prior to the sell-off,” said Guinness. “A fifth of the new cars produced in Europe are now electric vehicles which are computers on wheels. Cloud computing is a development of real substance which is being adopted by many companies. The tectonic shifts driving technology adoption are still there.”

Retail investors have also grown more bullish on the sector since the middle of July, according to Morgan Stanley, which analyses publicly available trading data on constituents of the Russell 3000 index.

“Retail investor participation tends to be higher in sectors such as tech and communication services where there are companies that they know and like,” said Boris Lerner, a quantitative strategist at Morgan Stanley in New York.

The $173.7bn Invesco ETF known as QQQ, which tracks the Nasdaq 100 index, has gathered net inflows of $99mn since the start of July. But ETFs that track the wider S&P information technology sector registered net outflows of $112mn last month, according to State Street, while Cathie Wood’s Ark Innovation ETF also saw net outflows of about $385mn.

But some analysts see the long-term case for buying technology stocks as solid, even if there are near-term hurdles.

Polar Capital, the London-based asset manager, cautions that profit margins could come under strain because of inflationary pressures, rising wage costs, supply chain challenges and the strength of the US dollar. However, it expects IT spending globally to increase between 2 and 4 per cent in dollar terms this year.

Ben Rogoff, head of Polar Capital’s technology team, said some of the recent gains were probably driven by “bottom fishing and short-covering”, which are characteristic of a temporary bear market rally. “But the risk-reward balance for investors is now much improved. Tech spending remains an absolute imperative for corporates globally,” he said.

There was a further boost to sentiment last week when Thoma Bravo, the US private equity manager, agreed to pay $2.8bn in cash to buy cyber security specialist Ping Identity at a 63 per cent premium to the previous day’s closing price.

“More acquisitions by private equity managers are likely and it is somewhat surprising that we have not already seen more strategic buyers [mature technology companies] stepping in for deals,” said Rogoff. 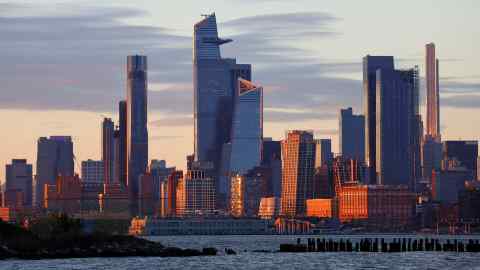 Moreover, the first-half declines have only strengthened the technology sector’s attractiveness, say optimists. The S&P technology sector traded on a 12-month forward price to earnings multiple of 28 times at the start of January but had fallen to 19.2 at the end of June, according to Refinitiv estimates. Even with the recent gains, it is trading only on 21.2 times forward earnings.

Jonathan Curtis, co-manager of Franklin Templeton’s $7.4bn Technology Fund, said the tech sector was still trading at a premium to the US equity market but this was justified by its superior fundamentals.

“The tech sector’s current valuation premium is not excessive,” he said. “It reflects the increase in the sector’s profit margins over the past 12 years, rising levels of recurring revenues and strong secular growth dynamics.”

Synnex-Tech Data Is TD Synnex, The Industry’s Largest IT Distributor

Warning: unlink(/tmp/jnewsfirstload-PdDgce.tmp): No such file or directory in /home/syyfiiaq/satoripulse.com/wp-admin/includes/class-wp-filesystem-ftpext.php on line 142