Warning: unlink(/tmp/jnewslibrary-qVyk64.tmp): No such file or directory in /home/syyfiiaq/satoripulse.com/wp-admin/includes/class-wp-filesystem-ftpext.php on line 142

Facebook may be making two smartwatches: Here’s how they could look

Facebook, now Meta, may be designing a new product, and this time it’s a wearable. A new report by LetsGoDigital, via PhoneArena details two patents that could hint at what to expect from a meta smartwatch. One of the design looks like a conventional rectangular-dial smartwatch, but comes with detachable displays, while another features a circular dial and three built-in cameras.

The patents were released by the World Intellectual Property Organisation (WIPO). The first watch features a rectangular dial similar to the Apple Watch with a detachable display. There appear to be no buttons or crown on the side, so this variant could be completely touch-controlled. 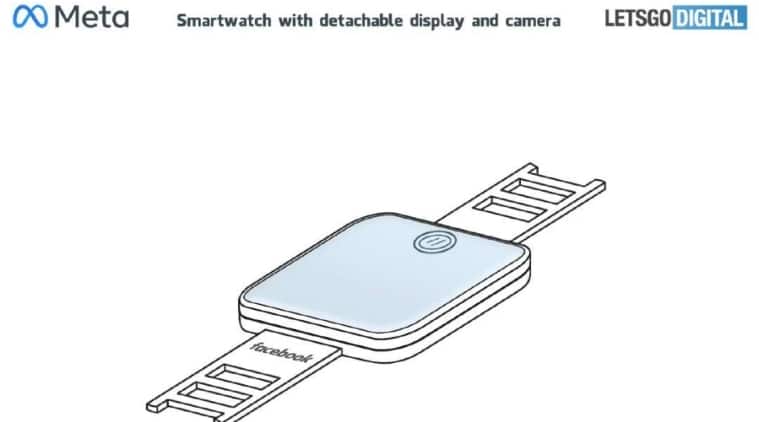 The second meta smartwatch is expected to feature three camera lenses, while the bezel will apparently rotate to allow a single camera sensor to make use of the multiple lenses. The three cameras in the setup are expected to be similar to a typical triple-camera setup on a phone, including a main telephoto lens, an ultrawide lens and a third zoom/fisheye lens. Check out the image below. 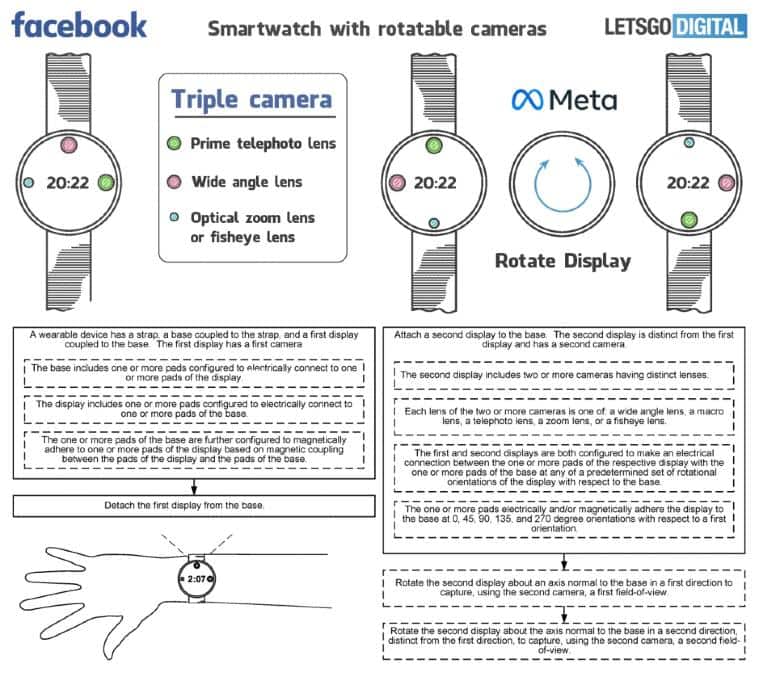 Reports suggest that the watches will be able to work with VR and AR systems and could perhaps, be used as an input device for an upcoming AR headset. Apart from this, the watches are expected to have standard fitness-oriented features like heart-rate tracking, step-counting and sleep monitoring. A temperature-monitoring sensor is also expected.

A rumoured release date for at least one of the two wearables is slated for this Summer, but whether the company will actually go ahead with this product remains to be seen. Note that all patents may not necessarily make it to a final product.

However, if the Meta smartwatches do make it to the market, it will be an interesting addition to the current lineup of wearables available to customers.

Warning: unlink(/tmp/jnewsfirstload-mvMW5a.tmp): No such file or directory in /home/syyfiiaq/satoripulse.com/wp-admin/includes/class-wp-filesystem-ftpext.php on line 142